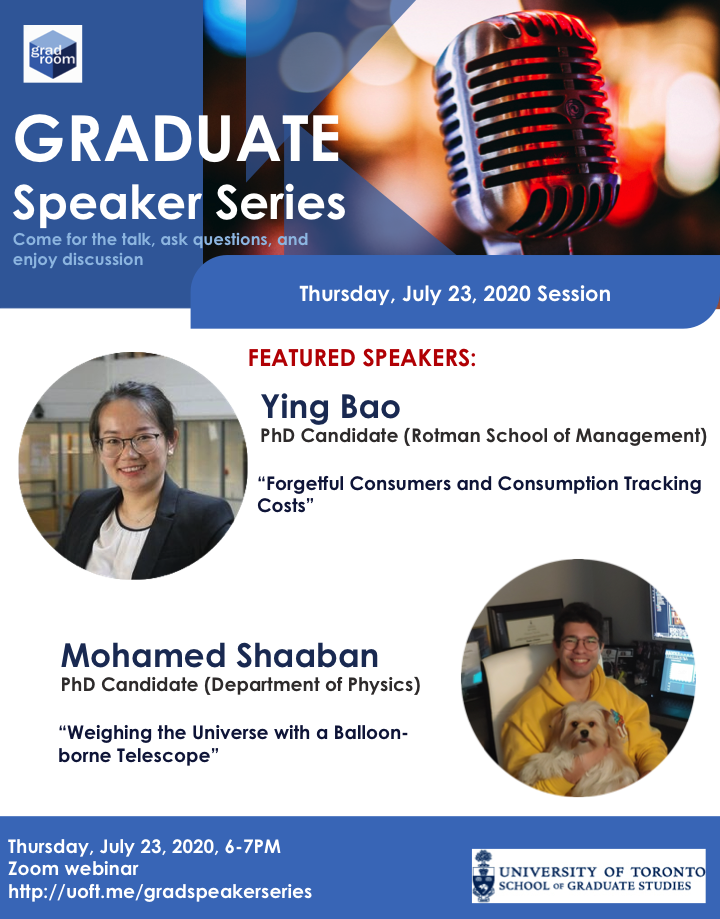 Our speakers this week are Mohamed Shaaban from the Department of Physics, Dunlap Institute of Astronomy and Astrophysics, and Ying Bao from the Rotman School of Management.

Department of Physics, Dunlap Institute for Astronomy and Astrophysics

“Weighing the Universe with a Balloon-borne Telescope”

Not only is the Universe expanding, but it’s expansion is accelerating! This revelation implies either our understanding of gravity is flawed or that a mysterious negative pressure known as Dark Energy is driving the expansion. It turns out that the contents of the universe can be divided into three groups: dark energy, dark matter and the matter that is everything we can see and interact with, which only accounts for 5% of the universe! One way to understand the relationship between these three groups is to find out how heavy they are! Unfortunately, there are no universe-sized scales so instead we have to build an experiment to weigh the universe for us!