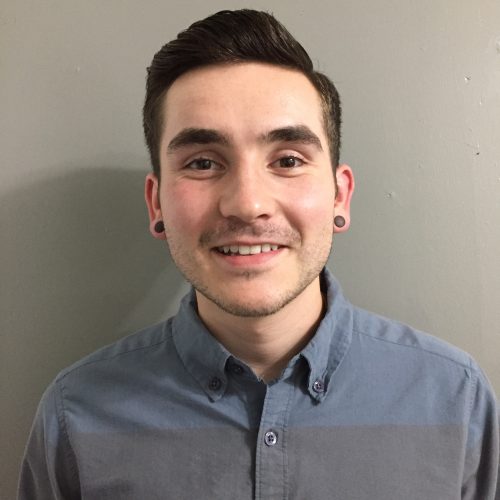 “I hope one day I will be able to give back to others as they have given back to me.”

Joel was born and raised in New Glasgow, Nova Scotia. He completed both his BSc and MSc at Acadia University. During his MSc, Joel collaborated with the Canadian Forest Service to develop effective trapping for the beech leaf-mining weevil. Joel is looking forward to broadening his understanding and efficiency with trapping of forest insect pests during his doctoral research at the University of Toronto, as he understands the impact trees and forests have on all aspects and walks of life.

Besides researching forest entomology, Joel spends much of his time with his family and pets. Volunteering is also a passion of Joel’s. Children’s charities and community engagement are the focus of much of Joel’s time. Due to his large involvement in his community, Joel was awarded a Town of New Glasgow Community Volunteer Award.

Joel has been awarded numerous scholarships throughout his education, including an NSERC Masters scholarship, Entomological Society of Canada Postgraduate Scholarship, Acadia Graduate Scholarship, and the Nova Scotia Research and Innovation Graduate Scholarship. As such, Joel understands the impact such awards can make to one’s research. This said, the C. David Naylor University Fellowship will lessen Joel’s financial burden, allowing him to focus on his research, and the prestige associated with this award will allow Joel to stand out amongst his peers.

Following Joel’s research and education at the University of Toronto, he hopes to pursue a career in academia, allowing him to engage with new researchers and continue making an impact in the field of forest insect pest management.

Joel extends much appreciation and gratitude to Arthur and Sandra Irving and the Arthur L. Irving Family Foundation. He hopes that one day he will be able to give back to others as they have given back to him.