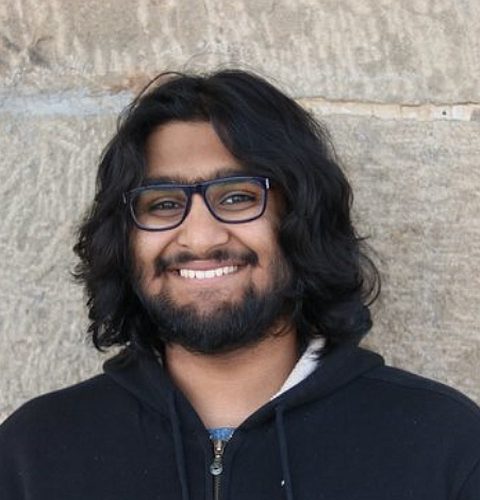 “Beyond the financial stability, being nominated for and receiving this award was an honour which gave me the confidence in my ability to be a graduate students; the Naylor Fellowship demonstrates a strong belief in the contributions Atlantic Canadians can make in academic research.”

I was born and raised in Fredericton, New Brunswick, which was where I stayed for my undergraduate degree at the University of New Brunswick. There, I completed a Bachelor of Arts with honours in Philosophy and a Bachelor of Science with honours in Biology-Physics with a minor in Mathematics. At UNB, I was recognised for academic achievement and community involvement with awards including the Sir Howard Douglas Society Scholarship, the Norman S. Fraser Prize in Arts, and the Jack Murray Memorial Scholarship. I was also invited to deliver the valedictory for my graduation.

On campus, I was involved in multiple student organisations: including helping found the UNB Vegan and Vegetarian Society as its vice-President and then co-President, working on the UNB Philosophy Society as its Vice-President and President, and acting as Faculty of Science representative on the UNB Student Union. I also helped organise two undergraduate conferences: the Atlantic Universities Physics and Astronomy Conference and UNB Arts Matters 2019.

Off-campus I volunteered as a vocal coach at Fredericton High School and was a member of the Fredericton Constituency Youth Council where alongside a team of peers I co-authored a report on youth homelessness in the region. In my spare time, I enjoy seeing Fredericton’s beautiful downtown area on walks or working on my technique in judo. I am also a huge fan of music: playing piano, classical guitar, or singing. My hope is to take advantage of Toronto’s incredible music scene while I am here!

I have always been interested in interdisciplinary research: I have co-authored papers on the physics education and the philosophy of physics, given a TEDx talk on the value of interdisciplinary perspectives in the university, and have done research in protein folding, MRI, evolutionary genetics, and computational quantum mechanics. This broad range of perspectives has motivated my choice to come to Toronto to study Biophysics, working on how physical principles can inform modelling biological processes like aging and how those principles can validate models theoretically in combination with experimental data.

I would like to thank Arthur and Sandra Irving alongside the Arthur L. Irving Family Foundation for providing me this opportunity. Beyond the financial stability, being nominated for and receiving this award was an honour which gave me the confidence in my ability to be a graduate student; the Naylor Fellowship demonstrates a strong belief in the contributions Atlantic Canadians can make in academic research. Their support is what makes it possible for me to engage with these new ideas at the University of Toronto, and the award has allowed me to continue to interdisciplinary research between biology and physics while giving me the space to be active in the humanities. This allows me to make my PhD about more than just studying a topic; now I can use it to become a more effective scientist, leader, and member of the community.